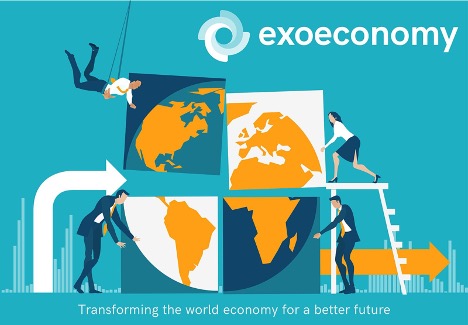 If you’re part of an innovative organization, chances are you already are – or will soon – use digital tokens. But tokens have been around from the dawn of civilization. How does it play out in real life?

Around the modern parent’s household, the subject of ‘too much screen-time’ is a real, often-found problem. Screens meet newer values of fun, community, learning more than they ever have before – doing so often at the cost of other important traditions. Leading tokenized economy developer, Kent Langley, in this example, seeks to use tokenomics principles to create mutual ground with his sons, eight-year-old Oliver and 5-year-old Christopher, for whom avid gaming was the high priority.

If you need a solution fast, you reach into your experiences and what you have access to day-to-day. This is what Kent found coming up against the battle between ensuring his kids were spending time away from the screens, and their games.

The currency in this case was a bagful of a plastic-gold doubloon, ordered online. Each token, Kent valued, was worth 15 minutes of game time.

The database to store them was three plastic cups, of different colors: one individualized enough for each child, and one to go by the television. Kent developed a system that would refresh every morning:

“I said, I’m going to put 10 of these screen-time tokens in your cups. Each of you will get five – that’s an hour and 15 minutes of screen time a day that you’re going to get to play. You get to pick what you play and when you play it.”

“I gave each kid a timer, they put the token in the red cup, they set the timer and when it goes off, they stop, or they put another token in. It reminds me of video games when I was a kid, so this was version one.”

It was not long before the first learnings came from this family’s digital currency system.

Secret marathon gaming sessions at 4:30am, attempts to dodge family mealtime. New parameters had to be set: no more screen time outside the hours of 7:00am and 7:00pm.

A first review session ensued. The tokens were to reset every morning.

Lesson 3 – When people do good you want to reward them.

Any open system can be easily audited and adapted. As it has impacts, it continues to be shaped by the responses to, or consequences of, those impacts. Inevitably, with this family’s gaming exchange system, other unforeseen incidents began to arise.

This game exchange system had the cups, the screen and the timers. Everything that was important was in the open – it could be seen.

A second audit – that is, a check of the timer – revealed the kids were not just playing for 75 minutes. They were somehow playing for almost a hundred and fifty minutes each.

So, Kent dug deeper. Watching the process, he saw Christopher walk over to the cup and take a token out. Christopher dropped it in the red cup, set the timer. He then handed a second controller to his brother – doubling the value of his tokens in doing so. Effectively, he would hack the system.

How could this be managed? Sharing was an unanticipated but not unfavourable outcome, certainly one that Kent did not want to punish them for.

New rules were called for. The kids could spend their tokens on other people. In adult speak, this was a new economic policy.

Lesson 4 – We can all play the system.

Days passed; the game exchange system seemed to be working – until it was not again.

Parenting instinct kicked in for Kent: the kids seemed to be playing too long.

Oliver took a token out of his cup, dropped it into the red cup and set the timer. Watching from the side-lines, Kent set his watch timer and walked away to occupy himself with the dishes.

When Kent’s timer went off at the 15-minute mark, he returned to check on the boys – only to find the game exchange timer still had 10 minutes on it. His timer was buzzing but the kids’ time had 10 minutes left on it.

“What are you doing?” Kent asked Oliver, “You have a rule, respect the time, use the time.”

Oliver’s response showed that responses in any given system are often more complex than they seem.

Just days into the new gaming exchange venture, the kids had learnt numerous ways of hacking the system. Things had become serious. After this second round, Kent felt left with no choice shut the system down – reverting to the old way of, “you want to play now you’re going to ask me”. He was reluctant to do so: the scarcity of video games was less than fun. But new lessons arose.

Two nights later, Oliver approached Kent for a Serious Discussion. “Dad, we need to talk,” he said, “Christopher and I have been talking and we want our tokens back.”

Kent turns to the youngest child, “Christopher, is this true, have you and your brother been talking, and you want your tokens back?”

“We had a conversation, we elected him to talk to you to ask to get them back.”

“Why do you want them back?”

“But I can’t just turn it back on. You cheated.”

New policies were needed to counter these trends. Kent’s response was wiser to the system’s past failures. In bigger systems, if you cheat, you lie, you steal, you might lose access to a resource. When the rules are broken in the gaming exchange system, video games would be taken away.

Suddenly, there was a legislative presence in the household. The system was back in place.

Lesson 6 – Embracing change, empowering all of us.

What does Kent’s gaming economy story tell us? For one, token systems will inevitably involve some trial and error. Experimentation pays. Different features may need to be trialled: impacts dialed back; others fostered.

Another point, to last, token systems will be participatory. They should be open enough to be easily audited.

From kids, less in the grips of the past ‘old ways of doing things’, a token solution to the gaming economy was viable.

“We need this technology. We’ve become part it and it part us.”

Tokens are part of the new innovative movement to solve problem of all manner – both new and old. Shifted online, tokens are fast becoming a trend. In this case, digital screen-time – it is drawing the kids away from the values important to the wider family – was the problem. Ignoring the problem solved nothing, the kids would opt for gaming.

Starting an innovation requires suspending fear. Continuing it requires learning about the outcomes we intend to create. An open approach is needed – to “embrace the change, all of it”.

Exchanges between designers and buyers; audiences and publishers; exchanges between communities. Tokenomics – the science of shaping the supply and demand of a token in relation to its platform – fuels all of it. In the face of industrial and economic disruption, how we use tokens is taking a new shape.

The future of tokenomics is stored over the blockchain – like the cups in this offline example. Cryptocurrencies and other tokenized economies are fast becoming the decentralized means to trade value.

It is also why we’re building a singular, global community linked to exponential technology. The Exo Economy is open and enabling purpose economy builders at all levels. Visit economy.openexo.com, where you can exchange products and services for EXOs tokens and join the OpenExO Ecosystem with others such as Visa and Gucci, to collaborate on high growth initiatives in our transforming world.

The members of the ExO Economy are the heartbeat, the nervous system, the mind of the collective working to Transform the World Economy for an Exponentially Better Future.

“We’re not building an economy from scratch, we’re tokenizing an existing economy.”

Celebrating our sister economy Rutanio on their 1st year and block 500k!