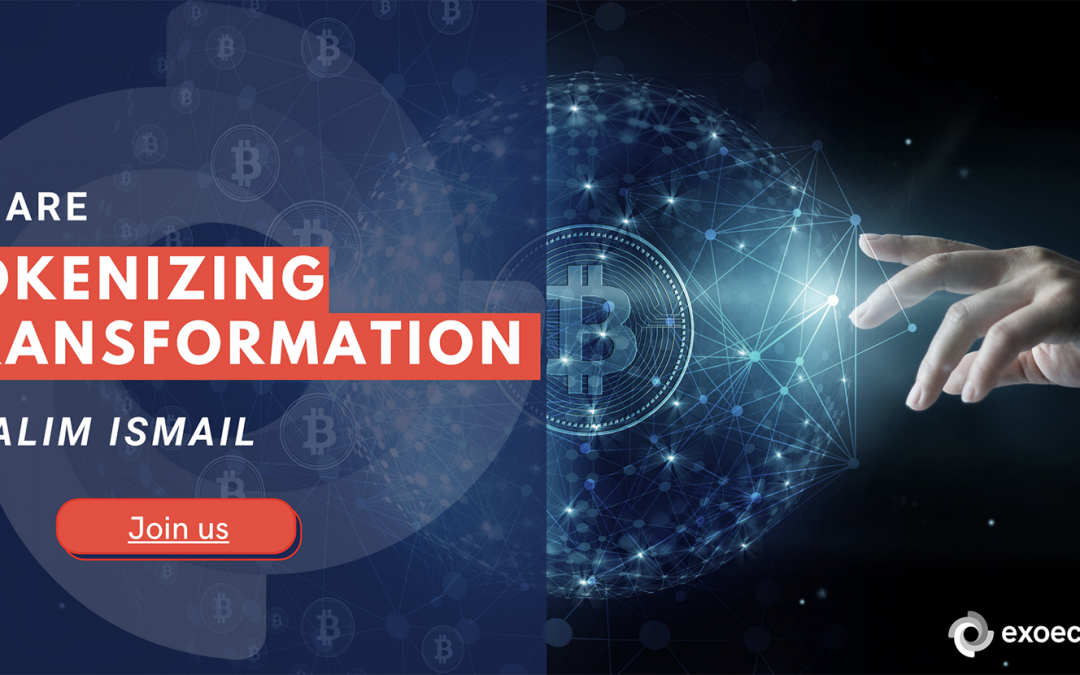 SAN FRANCISCO, June 4, 2021 /PRNewswire/ — The ExO Economy project has announced that it is preparing to list the platform’s native EXOS token on Uniswap. The announcement of the listing comes as the project gains traction and attracts interest from the broader crypto market community and investors.

The listing of the EXOS token is slated for early Q3 of 2021, which would allow the ExO Economy project to gain access to larger volumes of trading and liquidity. ExO Economy is a decentralized ecosystem created by OpenExO, a global transformation platform with more than 7,800 coaches, investors, and innovation specialists helping organizations and people seeking to unlock abundance and change the world for the better. The platform offers users a certification process, financial operations and marketing support, business development, and process automation based on an exponential mindset, practical tools and disruptive opportunities.

ExO Economy is co-founded by Salim Ismail, Silicon Valley veteran, serial entrepreneur, and influencer. Salim Ismail’s team is confident that the listing of EXOS token on Uniswap is an important step in opening the concept of the project to the crypto space and ensuring stable liquidity flows.

“We know what we are heading for, and we want our community to take an active part in our growing ecosystem. We realize that our native token listing on major exchanges like Uniswap is key to reaching out to the broader crypto market community. The adoption of digital assets like EXOS will blur the border between crypto and traditional projects. In time, it will erase them altogether,” stated Kent Langley, Co-Founder, President, COO, and Chief Science Officer of the OpenExO ecosystem.

ExO Economy is leveraging the opportunities of user interface connection by developing a new wallet that is intended to become a method for bridging the gap between EXOS and the Ethereum blockchains. The EXOS Core wallet will allow any member of the ExO Economy to generate a wrapped token version, wEXOS, of their EXOS tokens on the Ethereum blockchain as an ERC-20 token and use it on Uniswap for liquidity mining and staking. This will allow the OpenExO users to access the Ethereum ecosystem with greater convenience via streamlined operational processes thus creating a bridge between the Ethereum and EXOS blockchains. The wrapped EXOS tokens will be accepted on the OpenExO Platform alongside EXOS token when it is live. This will open the OpenExO Marketplace to any Ethereum user.

The listing on Uniswap and the upcoming launch of the Ethereum bridge in the EXOS Core wallet are the first of many integrations the project is planning. The development team is pursuing common and novel forms of liquidity for the OpenExO Ecosystem.

ExO Economy is the Global Transformation Economy with its native digital currency dubbed EXOS token. It is a unique digital economy of the OpenExO platform business ecosystem. It operates as an emerging global economy leveraging blockchains, cryptocurrency, and AI to transform the world for a better future. The ExO Economy offers the necessary tools that help turn changemakers into stakeholders in a new system of value creation, identification, exchange, and storage.

OpenExO has directly trained over 2,700 people in the ExO Model since opening its first training courses. Indirectly, via its flagship book, Exponential Organizations by its co-founder Salim Ismail it has influenced millions. The organization facilitates programs that foster disruptive innovation in thousands of global companies, such as HP, Black & Decker, TD Ameritrade, Ananda and others. Fortune 100 companies that resort to ExO services have increased their market capitalization by over 3 times over the last six years.